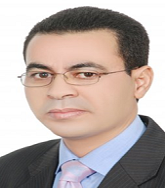 Abdel-Aty is a Vice-President of African Academy of Sciences, President of National Committee for International Mathematical Union, Director of the Center for International Relations, Sohag University, and Executive President Consultant for Academic Affairs, Zewail City of Science and Technology. He completed his doctorate in quantum optics at Max-Plank Institute of Quantum Optics, Munch, Germany in 1999. He received the D. Sc. (Doctor of Science in Mathematics and Physics), in 2007. His main interests are theories of quantum measurement, nanomechanical modeling, highly non-classical light, practical information security, and optical implementations of quantum information tasks. He has published more than 240 papers in international refereed journals, 9 book chapters and 2 books. He is Editor of more than 20 International journals. His research has been widely recognized and he has received several local and international awards. He obtained the Amin Lotfy Award in Mathematics in 2003, the Mathematics State Award for Encouragement in 2003, the Shoman Award for Arab Physicists in 2005, the Third World Academy of Sciences Award in Physics in 2005, Fayza Al-Khorafy award in 2006, the State Award for Excellence in Basic Science in 2009 etc. In 2014 he has been elected as a vice-president of the African Academy of Science, in 2016 he has been elected as a member of governor council, GC, of Egyptian Mathematical Society and managing editor of its journal. In 2018 has awarded, Mohammed Bin Rashed Prize for for Arabic Language, in its category “Best Initiative for Arabic Language Policy and Strategy”. 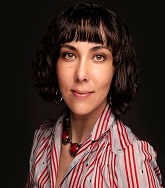 Keeper L. Sharkey is a quantum chemist and machine learning consultant working through ODE, L3C which she founded in December of 2018. She holds a BS in both mathematics and chemistry from the University of Arizona (UA) - 2010. As a National Science Foundation graduate research fellow, she completed her PhD in Chemical Physics (2015) also from UA. During her academic career at UA, she published 26 manuscripts in peer-reviewed journals. She has been cited over 200 times, her publication H-index is 10 (i10-index is also 10), and she has been serving as a peer-reviewer of reputed Journals. Her postdoctoral faculty appointment at Washington State University in 2016/17 was focused on deriving algorithms for learning physical properties of metallic hydrogen. She has also spent time machine learning sequential marketing programs in the insurance and FinTech sector. She is highly interested in applying her expertise of atomic and molecular quantum physics to Decision Intelligence as well as contributing to the chemical design of quantum computers. 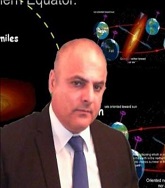 Alon Yarel completed an electronics engineer at the age of 25 at the Sapir Academic College in Sderot, Israel. He is the Managing Director & Founder of - Alien- Science Association Of Astronomy Org.il a research company in the field of astronomy. He has published dozens of articles, pictures and video clips explaining the origin of the universe and the formation of the sun, negates the existence of nuclear fusion within the sun. He discovered that our universe was created in the collapse of a star in another, time-distorted universe. He is waiting for the entry of a senior partner to extract the discoveries for the benefit of humanity.

Universe and the formation of the sun 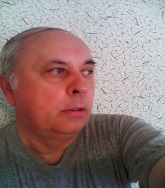 He graduated from the Leningrad Electrotechnical Institute. For 5 years, he grew up monocrystals of yttrium-iron garnet on NPO Ferrite. He was engaged in powder metallurgy in the Grodno branch of the Kazan Radiotechnological Institute. He taught materials at the Grodno Electrotechnical College. Now a pensioner, 71 years old. I am fond of crystal chemistry, solid state physics and the philosophy of quantum mechanics. 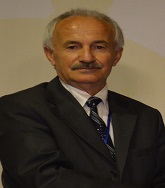 Dr. Osman Adiguzel graduated from Department of Physics, Ankara University, Turkey in 1974 and received PhD- degree from Dicle University, Diyarbakir-Turkey. He studied at Surrey University, Guildford, UK, as a post doctoral research scientist in 1986-1987, and his studies focused on shape memory alloys. He worked as research assistant, 1975-80, at Dicle University and shifted to Firat University in 1980. He became professor in 1996, and he has already been working as professor. He published over 50 papers in international and national journals; He joined over 100 conferences and symposia in international and national level as participant, invited speaker or keynote speaker with contributions. He served the program chair or conference chair/co-chair in some of these activities. In particular, he joined in last four years (2014 - 2018) over 50 conferences as Speaker, Keynote Speaker and Conference Co-Chair organized by South Asian Institute of Science and Engineering (SAISE), web: http://saise.org/, Science and Engineering Institute (SCIEI), web: http://www.sciei.org, International Association of Computer Science and Information Technology, web: http://www.iacsit.org/, The Academic World Education and Research Center (AWER-Center), web: http://www.awer-center.org/, and other institutes and companies. Dr. Adiguzel served his directorate of Graduate School of Natural and Applied Sciences, Firat University in 1999-2004. He supervised 5 PhD- theses and 3 M.Sc theses. He is also Technical committee member of many conferences. He received a certificate which is being awarded to him and his experimental group in recognition of significant contribution of 2 patterns to the Powder Diffraction File – Release 2000. The ICDD (International Centre for Diffraction Data) also appreciates cooperation of his group and interest in Powder Diffraction File. 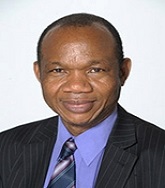 Professor Ezendu Ariwa is a Chartered Fellow of British Computer Society (BCS) and Chair of IEEE Consumer Electronics & Broadcast Technology Chapter, UK and Ireland. He is an Academic Supervisor at the University of Warwick, UK and held various academic and professional positions with many years of experience in the United Kingdom and Internationally. He has achieved good collaboration with multicultural SMEs in the United Kingdom, with respect to mentoring and working on joint professional development on ICT enterprise programmes. He has experience of doctoral research supervision and consultancy as well as doctoral external examiner for various Universities both in the UK and internationally on Information Risk Management, Green Communication and Wireless Technologies, and applicable computing in Smart Cities and Healthcare.